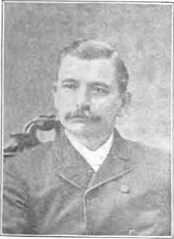 Born in Somerville, New Jersey. Baldwin arrived in Fukien, Foochow, in 1858 and returned to America three years later because of the poor health of his wife, who died on the voyage home. In 1862 Baldwin returned to Foochow and was one of the first missionaries who proposed that Chinese churches should be self-supporting. In 1868, he was put in charge of his denomination’s newsletter, The Missionary Recorder. He transformed it into an interdenominational newsletter and changed its name to The Chinese Recorder (Jiao Wu Za Zhi). This periodical became the most important document in understanding foreign missions in China. In 1871, on his third trip to China, he was appointed to be in charge of Foochow mission. After attending the conference organized by the MEC, he pastored churches in New York and New England, of the archives of the MEC. In the following year, he was elected honorary secretary at the World Missionary Conference held in New York. He died in Brooklyn, New York.

By China Group, A Collaboration of China Scholars

This article is reproduced, with permission, from A Dictionary of Asian Christianity, copyright 2001 by Scott W. Sunquist, Wm. B. Eerdmans Publishing Co., Grand Rapids, Michigan. All rights reserved. It is taken, with permission, from the Biographical Dictionary of Chinese Christianity: http://www.bdcconline.net/en/stories/b/baldwin-stephen-livingston.php