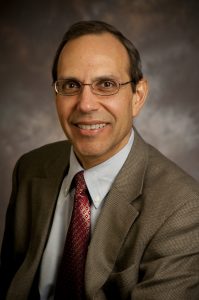 The son of Methodist missionaries, The Rev. Dr. Arun W. Jones was raised in India and has worked as a missionary in the Philippines. As an ordained elder in the New York Annual Conference of The United Methodist Church, he has served as pastor of United Methodist congregations in the United States. He joined the Candler faculty in 2010.

Both his missionary and pastoral experiences have inspired Jones’ scholarly work, which investigates how Christians have spread and appropriated the gospel in different historical and cultural contexts. Jones is the author of two monographs, Missionary Christianity and Local Religion: American Evangelicalism in North India, 1836-1870 (Baylor University Press, 2017), and Christian Missions in the American Empire: Episcopalians in Northern Luzon, the Philippines, 1902-1946 (Peter Lang, 2003). He has also written numerous articles and book chapters on Christianity in Asia. His current research focuses on the history of Christianity in North India. He is a Vice-President of the American Society of Missiology and Secretary of the Society for Hindu-Christian Studies. 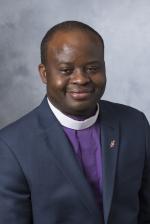 Increasing the well-being of pastors, continuing the church’s evangelism efforts, and upgrading the health infrastructure in his episcopal area are all priorities for Bishop Muyombo’s ministry. Bishop Mande is also interested in engaging mining companies in the Democratic Republic of Congo on their Corporate Social Responsibility. He holds a Metallurgical Civil Engineering Degree from the University of Lubumbashi, DR Congo (1998). Between 2008 and 2010 Bishop Mande researched extensively on the role of the church in electoral processes respectively in Zimbabwe and DR Congo.

Prior to being elected as bishop, Mande Muyombo worked as president of Kamina Methodist University in the Democratic Republic of Congo and then for the General Board of Global Ministries, where he served as Executive Secretary for Africa, Assistant General Secretary of Missions and Evangelism, and finally Executive Director of the Global Mission Connections unit.

Muyombo received his Master of Divinity degree from St. Paul’s School of Theology with an Ethics/Church and Society Concentration in 2010 and his Doctor of Ministry as part of the Children and Poverty in a Globalized Economy cohort in 2015, also from St. Paul’s.

Muyombo is married to Blandine Muzhinga, and they have three daughters and a son. 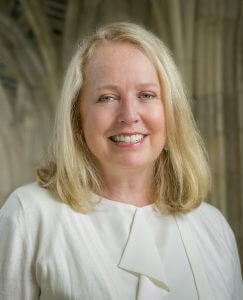 Dr. Heath’s scholarly work integrates systematic, pastoral, and spiritual theology in ways that bridge the gap between academy, church, and world. Her research interests focus on evangelism and spirituality, evangelism and gender, the new monasticism, and emergence in church and in theological education. Heath is the author of numerous books and monographs, the most recent of which is Five Means of Grace: Experience God’s Love the Wesleyan Way (2017).  She is also the co-founder of the Missional Wisdom Foundation, which provides opportunities for clergy and laity to learn how to live in intentional communities and how to develop missional communities and social enterprise in diverse social contexts. Her other publications include God Unbound: Wisdom from Galatians for the Anxious Church (2016),  Missional.Monastic.Mainline (co-authored with Larry Duggins, 2014), The Mystic Way of Evangelism, Revised and Updated 2nd Edition (2017), Naked Faith: The Mystical Theology of Phoebe Palmer (2009), Longing for Spring: A New Vision for Wesleyan Communities (co-authored with Scott Kisker, 2010), We Were the Least of These: Reading the Bible with Survivors of Sexual Abuse (2011). Dean Heath is an ordained elder in the United Methodist Church. 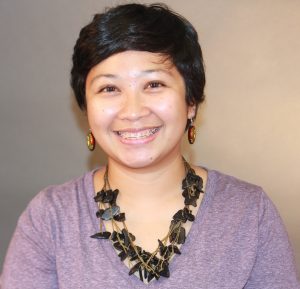 Joy Eva A. Bohol is a missionary with the General Board of Global Ministries of The United Methodist Church assigned as a mission advocate for young adult mission service in the Missionary Services unit of the agency. She is a former mission intern, and was commissioned to her present work in October 2015.

Joy Eva also encourages congregations, districts, and annual conferences to join in covenant support for young adult missionaries. She will be based for one year in the United States and for a second year in Asia, where she will promote and recruit for Generation Transformation.

Joy Eva was a mission intern—the intern program was a forerunner to Global Mission Fellows—with the Centro Popular para América Latina de Comunicación (CEPALC) in Bogotá, Colombia. CEPALC was set up in 1978 to help the desperately poor of Colombia use communications resources to support their claims to human rights and justice.