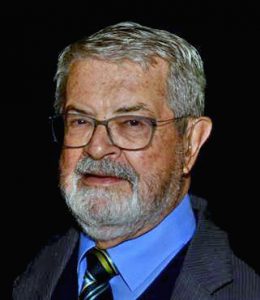 Bolioli acquired his theological training at the Evangelical Higher Institute of Theological Studies, an ecumenical institution in Buenos Aires, Argentina. He was later ordained as an elder in the Methodist Church of Uruguay.

He had a long history as an ecclesiastical leader in Latin America, heading important positions at national and international levels.

In the 1970s, during his first term as president of the Methodist Church in Uruguay, dictator regimes ruled that South American country. Many social and community leaders, including pastors and laity of Christian churches, suffered imprisonment, exile, torture and disappearances. Bolioli became a target of the then military government of Uruguay for standing up for the rights of political detainees and their families during his five-year term (1974–1979) as president (comparable to bishop) of the small Uruguayan Methodist church. During this period of political difficulty, Bolioli, “assumed the representation in Uruguay of the United Nations High Commissioner for Refugees and helped those who got free that needed to leave the country. He distributed among relatives of political prisoners aid sent by the Swedish Parliament, and managed visit of religious leaders to political detainees,” said a report by the city of Montevideo, Uruguay, in 2013 when he was recognized as an exemplary citizen.

Press accounts at the time indicate that he felt vulnerable and left his country when he no longer had the protection of the high visibility church role. He moved to the United States with his family, and for two decades he was affiliated with the Latin American and Caribbean work of the National Council of Churches Christ in the USA and the related humanitarian agency, Church World Service. Between 1982 and 2000, Bolioli was the director of the Latin American and Caribbean Department of the National Council of Church of Christ in the USA and of the Church World Service, based in New York. In this role, he supervised support projects to the region and had prominent participation in the process of mediation carried out in the case of the Cuban child Elián González.

He was also active in the global Methodist connection, serving on the Council of Evangelical Methodist Churches of Latin America and the Caribbean (CIEMAL). Bolioli became widely known during his years of ecumenical service for his insistence on economic policy and practice that would benefit indigenous people in Latin America and the Caribbean. He also advocated full, responsible accounting of charitable contributions to economic development projects.

Bolioli returned to Uruguay in 2002 at the age of 68 to resume the leadership of the Methodist community there. He served as president until 2008, and was then reelected in 2012 for a term ending in 2016.

In 2003 Bolioli was distinguished as “Citizen Illustrious of Montevideo” by Ana Olivera, the city’s mayor, in recognition of his work in terms of peace, justice and reconciliation. The resolution stated that, “men like Bolioli are not only necessary, but because of their honesty, humanity and ability to work, are an example to make known and follow.”

Bolioli represented Uruguayan Methodists at the United Methodist 2016 General Conference in Portland, Oregon. Since 2016, he served as a member of the executive council and national board of life and mission of the Methodist Church in Uruguay.

Bolioli was one of several men and women who forged Methodism in South America — including Emilio Castro, José Míguez Bonino, Bishop Federico Jose Pagura and Mortimer Arias — and “have passed to be with the Lord” in the last few years, noted the Rev. Luis de Souza Cardoso, leader of the Buenos Aires regional office of the United Methodist Board of Global Ministries. In “A Strange Strain of Audacious,” Bishop Sante Uberto Barbieri wrote about the history of great Methodist leaders who spread the faith in England and America  as “giants of the gospel and of Methodism.” If Barbieri wrote today, Souza Cardoso said, “Pastor Oscar Bolioli would be on his list of giants of the gospel and Methodism.”

“Pastor Oscar Bolioli shared the vigor of that generation and framed his time with the testimony of the Gospel of the Kingdom of God by the Methodist tradition,” he said. “His struggle for human rights and his untiring work for ecumenical relations are testimony to a life dedicated to the Gospel, to others and to life.”