Listening to the Voices of Women 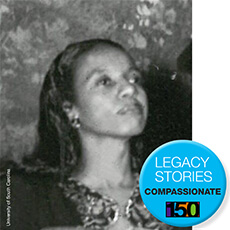 In the World Division’s Oral History Project, Ms. Catchings talked about one of her first mission trips with a mostly male church delegation to a refugee camp near Kenya.

“Most refugees in the world are women and children, so I decided to leave the group and walk among the women for awhile. They said, ‘If groups like yours would talk with women, we’d tell you our priorities; but groups like yours always speak to men, and they don’t know our priorities.’ That shook me up. … A great deal of listening goes into this work, and it must be so.

“No woman anywhere I went talked about her life without talking about children. … Women in … the forests, the villages, had a common need to develop their own potential so their societies could become better. … They say, ‘I want better opportunities for my children. I need to know something more than what I now know.’