American Methodist missionary and Leader of Protestant Christianity in Japan 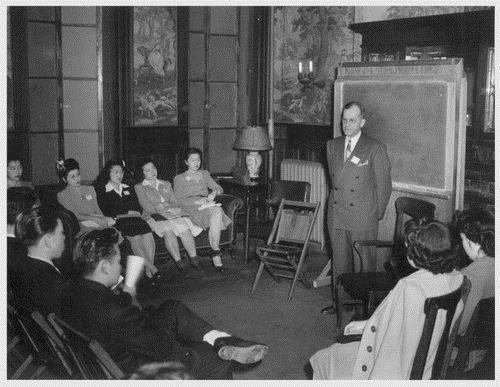 Iglehart was born in Evansville, Indiana, and spent much of his youth in New York City, where his father was a prominent Methodist pastor. Educated at Columbia University (B.A., 1902) and Drew University (M.Div., 1906; Ph.D., 1934), he received honorary degrees from Syracuse University and Tokyo Union Theological Seminary. After brief pastorates near New York City, Iglehart went to Japan as a Methodist missionary in 1909, married Congregational missionary Florence Allchin in 1911, and did evangelistic, educational, and publishing work in Sendai. During World War I, he served the YMCA’s army department in Siberia, returning to Tokyo as a missionary in 1919. There he served as professor at Aoyama Gakuin, district superintendent of the Methodist Church (Kanto district), educational secretary for the National Christian Council of Japan, and editor of the Japan Christian Yearbook. He was a delegate to the Jerusalem (1928) and Madras (1938) conferences of the International Missionary Council (IMC), and served as IMC Far East consultant. During World War II, he assisted the Methodist Board of Mission in New York as East Asia secretary, and also taught missions at Union Theological Seminary. In 1946 he returned to Japan as adviser on educational and religious matters to Allied occupation authorities. He later served as visiting professor at Tokyo International Christian University and wrote that institution’s history. Iglehart prepared the centennial history of Japanese Protestantism (1959). He was awarded an imperial decoration by Emperor Hirohito in 1953. He died in Florida.

By James A. Scherer.