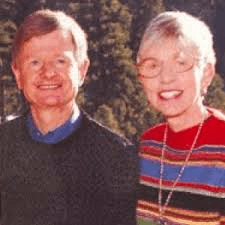 Jerri and Bill Savuto represent a pattern of United Methodist missionary service common in the late 20th and early 21st century: long years spent in a variety of places, with occasional time outs. Jerri was a registered nursed and Bill an educator and electronics technician. Their longest service was at Maua Methodist Hospital in Maua, Kenya.

Their first mission experience was at the Navajo Methodist Mission School, Farmington, New Mexico in 1973–74, where Jerri was campus nurse and teacher of health courses and Bill taught math. In 1982, Jerri and Bill were commissioned by the General Board of Global Ministries and initially served in Belize City, Belize, for a three-year term. Jerri established and directed a national breastfeeding program, credited with increasing breast from 18 percent to 52 percent. Bill taught math at Wesley College.

From 1986 to 1989, they served in Jos, Nigeria, where Bill was field treasurer for the Nigerian United Methodist Church and Jerri she did school and rural health nursing. The couple worked at Maua Methodist Hospital in Kenya from 1998 to 2003 and again from early 2007 to mid-2012 when they retired. Jerri died in late 2016.

In their initial placement at Maua, a facility of the autonomous Methodist Church of Kenya, Jerri was a tutor in the hospital RN program. Her responsibilities included teaching nursing students in the areas of anatomy, physiology, nutrition, pharmacology, medical and surgical nursing, pediatrics, and community health.  Bill kept busy with the maintenance and installation of computer hardware and software as well as training students and staff in computer use. Bill was also responsible for work teams, hospital construction, a street boy’s ministry, and he worked closely with the hospital’s AIDS Orphan Program.

The second stay at Maua began in January 2007, Jerri served as quality improvement and staff development officer and the hospital became a model for others in Kenya. Bill continued to work with the Information technology unit and serves as chairperson of the IT committee.  He also worked with work teams and was an assistant to the hospital administrator overseeing construction projects.

Jerri and Bill served as missionary interpreters in residence for the South Central Jurisdiction of The United Methodist Church from 2004 to 2006. This entailed interfacing with annual conferences, districts, and congregations, work at which they excelled.

The lives of Jerri and Bill Savuto illustrated a theology summed up by Bill:

To fulfill God’s call for us as a Christian Church, we must be in mission. Jesus said the two Great Commandments are: Love the Lord your God with all your heart, and with all of your soul, and with all of your strength; and love your neighbor as you love yourself. We must ground our faith in worship, prayer, Bible study, and reveal and practice our faith in mission throughout the world by giving the Good News of God’s love to our brothers and sisters in Christ. Faith and works go together in God’s plan for our lives here on earth – we must do both.

Jerri and Bill Savuto retired to Irving, Texas, where they belonged to the Plymouth Park United Methodist

Church. They and continued to be strong mission advocates, maintaining ties with local churches to which they had developed ties across the years.  The couple was noted for their diligence in communicating with support churches. They wrote hundreds of plain, down-to-earth letters, often about the people with whom they ministered. A typical excerpt from September 2011 gives the flavor:

Last Saturday was an AIDS Orphan’s Day and about 300 children/teens came to the compound to worship, play, learn, eat and share together.  As always, the day began in the chapel with worship, singing, preaching and teaching.  Following this, the group had tea and then was split into age/class groups to discuss a question and then come together to share their answers.

We were so glad to see Jeffrey back teaching and sharing with the orphans.  He was in the program since it began and was sent to teacher’s college and is now awaiting the results of the exam he recently took and then will hopefully be hired by the government to teach school.  He told us that he so wants to help the other AIDS orphans as he was helped and to inspire and encourage them along with teaching them how to behave and how to succeed.  He is such a wonderful role model and we thank God for his commitment to help the AIDS orphans as he has been helped

Jerri and Bill had one daughter, Corrie Lyn, and two grandchildren.