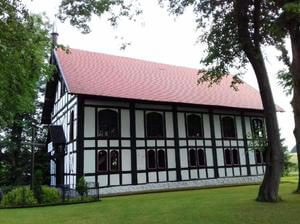 The first annual meeting of the Poland and Danzig Mission of the Methodist Episcopal Church South (MECS), forerunner of the present-day UMC in Poland, was held on August 24–27, 1922 in Warsaw. Formally launched the year before, the mission was the result of outreach and humanitarian work after World War I.  The mission included congregations, schools, and social service institutions in Poland and the then Free State of Danzig (now Gdańsk, Poland, and surrounding area).

The meeting approved six committees that covered a range of ministries, which included relief work, an orphanage, education ministries, licenses and orders [for clergy], Bible training school, and Bible and Christian literature distribution.

Relief work included services for Poles being repatriated after the Great War. “We have given them clothes and food and sent them into their ruined land with some degree of hope,” according to the minutes [journal] of the annual meeting.  Plans were made to continue this work in the future, with special focus on “the poor who come in such countless scores…helping all we can with the feeding of those who return to broken hearth stones, and to ruined farms.” A pledge was made to “rescue in so far as we can some of the poor little waifs who are left there broken and wrecked upon the sea of war’s horrors.”

Related to the war relief was a medical relief program. The minutes state: “Wherever our mission goes and works, we meet sick people. The war has willed it so, and we have been forced to ask that the budget for medical relief will be made as large as possible.

“More than one half of our workers are ill. They are sick physically [with] typhus, pneumonia, anemia, and weariness.”

The Methodist Church in Poland was officially recognized in 1945 and survived the communist era. Today, it has 37 local churches, some 2,000 professing members, and 24 pastors, according to 2017 figures.  It also owns several schools that teach English.