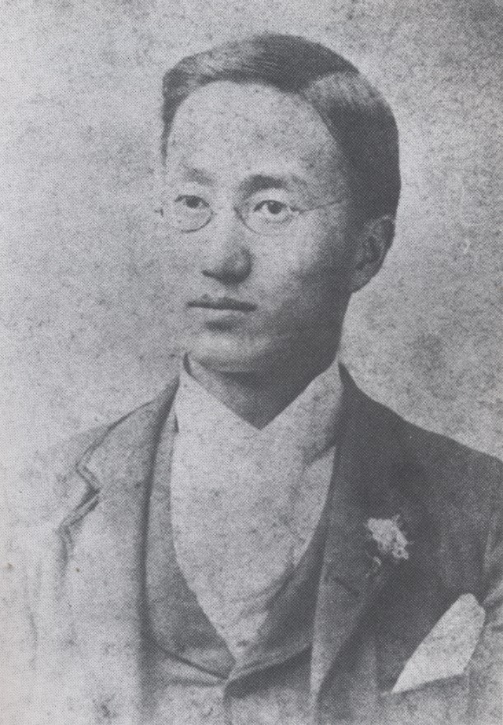 At age 14 Yun Tchi-Ho was sent with a select group of aristocratic youths to Japan for foreign language study. There his ability in five languages (Korean, Chinese, Japanese, English, and French) so impressed the first American minister to Korea, General Lucius C. Foote, that he was brought back to Korea as interpreter at the American legation. But when his participation in the failed reform movement of 1884 alarmed the court, he left Korea for safety in Shanghai. Enrolling in the Methodist’s mission Anglo-Chinese college, he became a Christian in 1887, then went to America for further study at Emory College and Vanderbilt University (1887-1893), becoming a vigorous supporter of the new Student Volunteer Movement for Foreign Missions.

In 1895 the Korean government invited him to return to a political career as vice-minister of education, and then briefly as vice-minister of the Foreign Office. But when once more he joined young reformers like Philip Jaisohn and Syngman Rhee in founding the Independence Club and in editing two early Korean newspapers, his advocacy of free speech and public assembly brought him banishment to the provinces. From 1904 to 1906 he was recalled to government posts, but resentment of rising Japanese intervention turned him from politics to the cause of Christian education. In 1907 he founded an Anglo-Korean school in Songdo (Kaesong), patterned after his Chinese alma mater. He was a delegate to the 1910 World Missionary Conference in Edinburgh. Imprisoned by the Japanese in the “Conspiracy Case” (1911-1913), and hoping, upon release, to help the cause of Korea, he accepted an offer of a Japanese baronetcy, which in some Korean eyes tarnished his reputation as a patriot. But he served effectively as general secretary of the Korean Young Men’s Christian Association (1915-1920) and from 1930 to 1941 was the first Korean president of the present Yonsei University in Seoul.